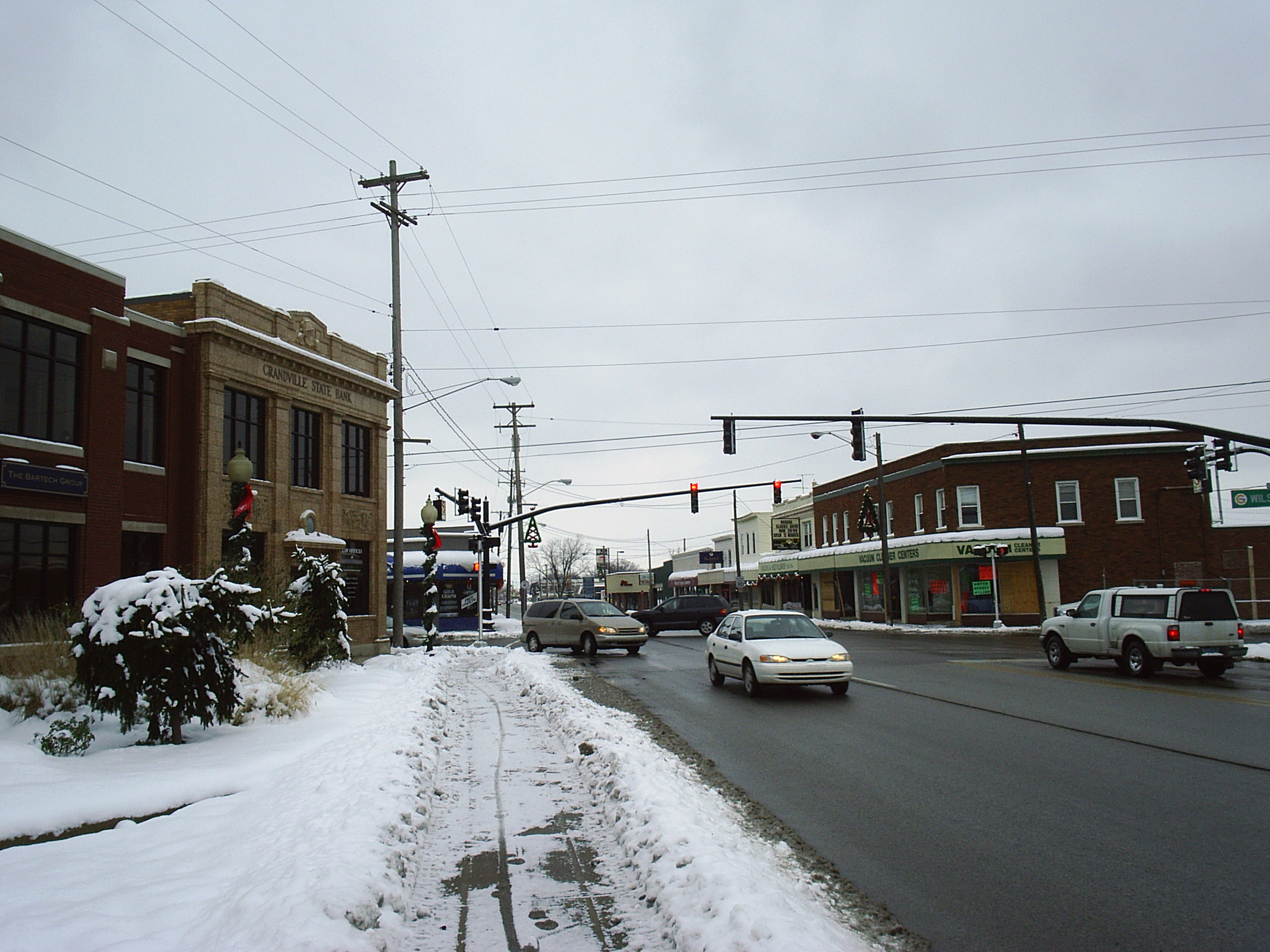 Grandville was geographically an important place during the logging years in Michigan’s history due to its location at the “river-bend” of the Grand River. It was important to have people there to make sure the logs did not jam up as the river turned north-west toward Grand Haven. Grandville was incorporated into a city in 1933. Infrastructure and utilities were soon developed including new sewage disposal. By the 1980s due to the growth of the Grand Rapids metropolitan area following the early 1980s recession in the United States, Grandville began to experience even more growth. In 1987, color measurement and manufacturer X-Rite established its headquarters in the city a year after it went public, soon becoming one of the fastest growing businesses in Michigan. In the 1990s, the city was being eyed for larger development. In 1990, developers had begun eyeing a development of a new mall near the intersection of 44th Street and Ivanrest and met with the city for approval. In 1999, construction of Rivertown Crossings Mall, a mall with 1.25 million in storefronts, was finally completed.

Into the 2000s, Grandville experienced continued growth following the opening of Rivertown Crossings. Multiple restaurants and strip malls developed on Rivertown Parkway following the mall’s construction. However, by the beginning of the Great Recession, X-Rite had moved its headquarters to Kentwood, Michigan in 2007. Following the recession into the 2010s, more development occurred in the city with a Cabela’s and Target anchoring a development on the former X-Rite property in 2013. In 2016, a new apartment development called the Grand Castle that incorporated over 1 million square feet and 400 apartments into its design was constructed.