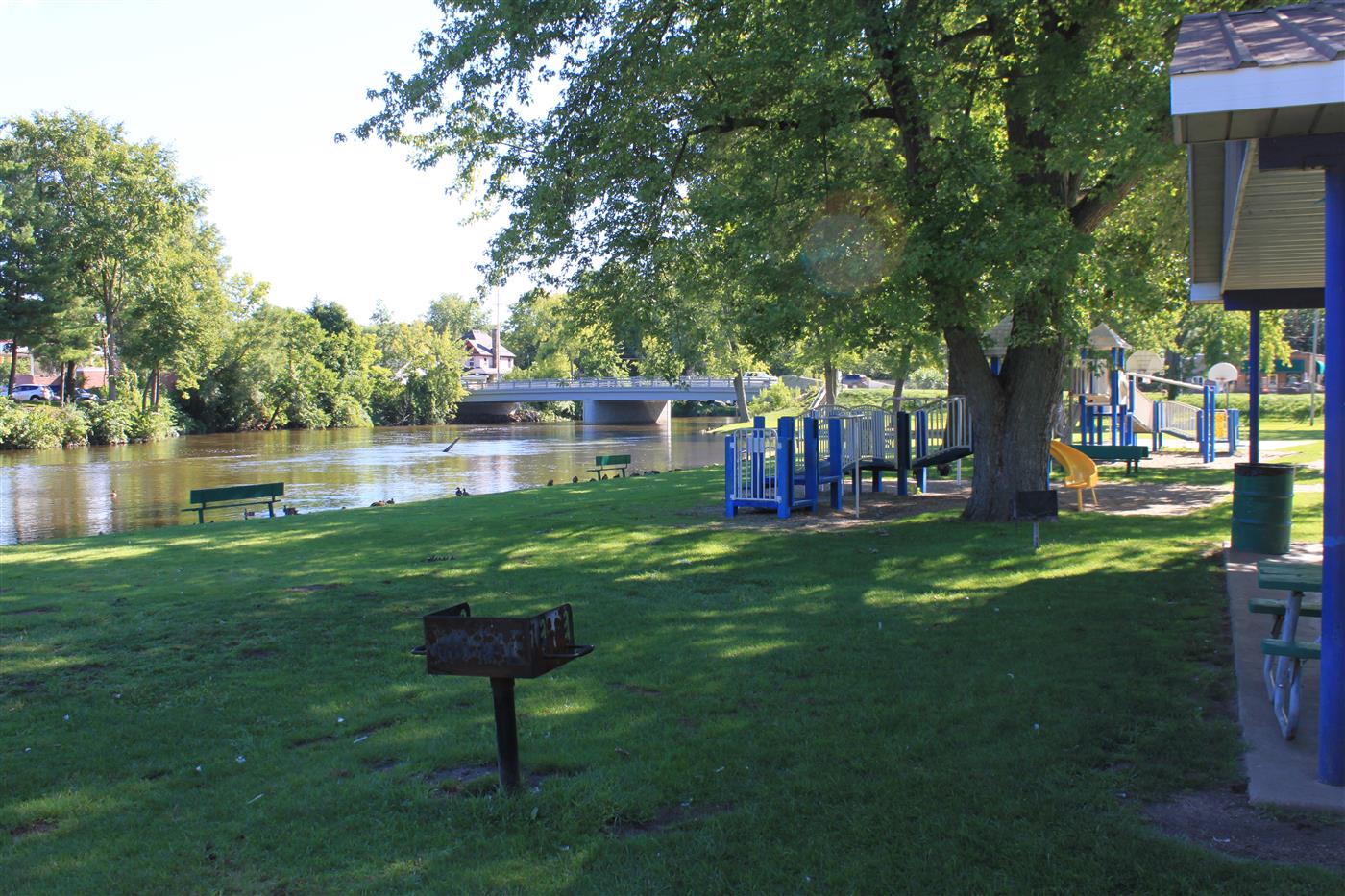 Comstock Park is a census-designated place and unincorporated community in Alpine Township and Plainfield Township, Kent County, Michigan, in the Grand Rapids metropolitan area, United States. As of the 2010 census, the community had a population of 10,088, with the majority (9,044) living in Alpine Township. The area is known for the flooding it experiences every spring from the Grand River, which runs just east of the community. Comstock Park is the home of the West Michigan Whitecaps, an affiliate of the Detroit Tigers. Comstock Park is known for its golf courses, having two courses and 45 total holes of golf in town. The best-known of these is Scott Lake Golf and Practice Center, the winner of the 2011 Michigan Golf Course Owners Association “Golf Course of the Year” and the 2012 National Golf Course Owners Association “Golf Course of the Year. In 1838 a settlement known as “North’s Mill” was established by Daniel North. The name changed to “Mill Creek” in 1848.

The oldest bar in Grand Rapids, Nick Fink’s was founded in 1888 in Comstock Park as a bar and, reputedly, a brothel. This third-generation watering hole has also served as a post office and a hotel over the years as it changed hands from the first Nick Fink, an immigrant from Prussia, to Nick Fink II (the first person in Kent County to fly) and ultimately Nick Fink III, before being sold to The Gilmore Collection in 2008. Nick Fink’s is awash in tradition, legend and mystery. There are rumors that Al Capone and his gang loved the bar, with the corner booth apparently being Capone’s favorite seat in the house. The Comstock Park Downtown Development Authority has reported that Ernest Hemingway stopped into the tavern when he traveled to Northern Michigan and allegedly based characters in his “Nick Adams Stories” on people he met there. Nick Fink’s housed visitors of the West Michigan Fair, which used to take place at what is now West River Drive and North Park Street, as well as workers at the nearby tanneries and the fish hatchery, which operated in the early to mid-1900s.

The area became a major transportation hub, serving both the Grand Rapids and Indiana Railroad and Chicago and Western Indiana Railroad, and set the tone for becoming the northern Grand Rapids-area crossroads it is today. It was renamed “Comstock Park” in 1906, after Charles C. Comstock, who represented the district in Congress in 1885 and 1886. Comstock lived on the other side of the Grand River and never in Comstock Park. The racial makeup of the community was 87.30% White, 3.91% African American, 0.77% Native American, 1.92% Asian, 0.06% Pacific Islander, 3.33% from other races, and 2.73% from two or more races. Hispanic or Latino of any race were 7.22% of the population.